At 5:15 this afternoon, Suzhou Soochow Football Club, which has just completed the first stage of the Chinese League, issued an announcement and the head coach Liu Junwei and the team dismissed get out of class. 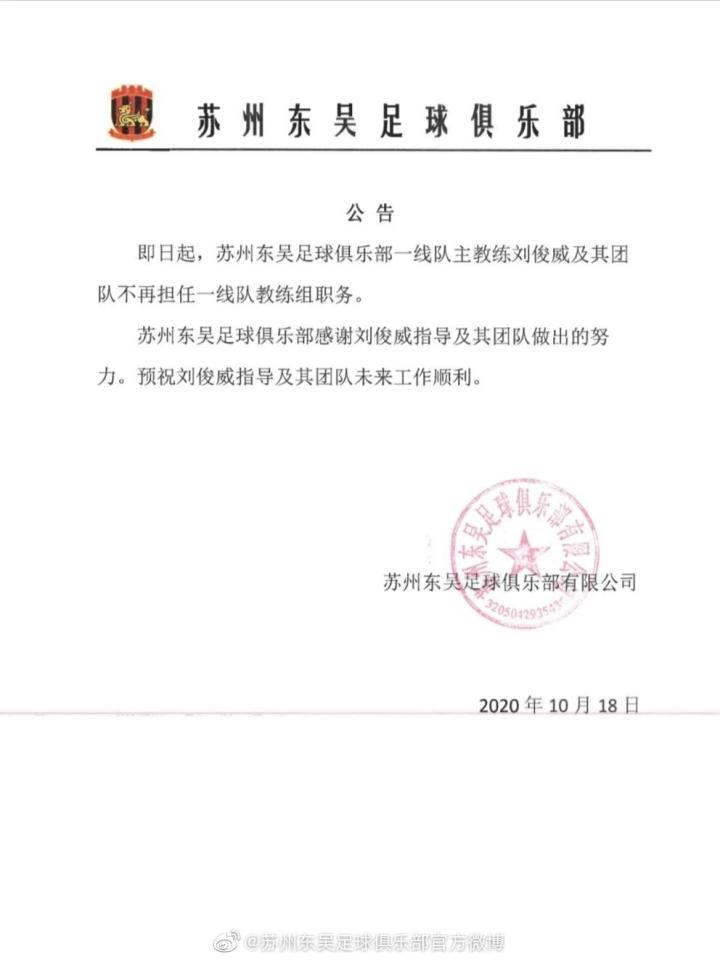 Soon afterwards, the party’s director Liu Junwei issued a statement on his personally authenticated Weibo, stating that he had no knowledge of the club’s dismissal announcement and that the club had a large number of wage arrears. After being "dismissed", whether he and the team should continue to lead the team to prepare for the second stage of the Chinese League match or what to do, he is also full of question marks. 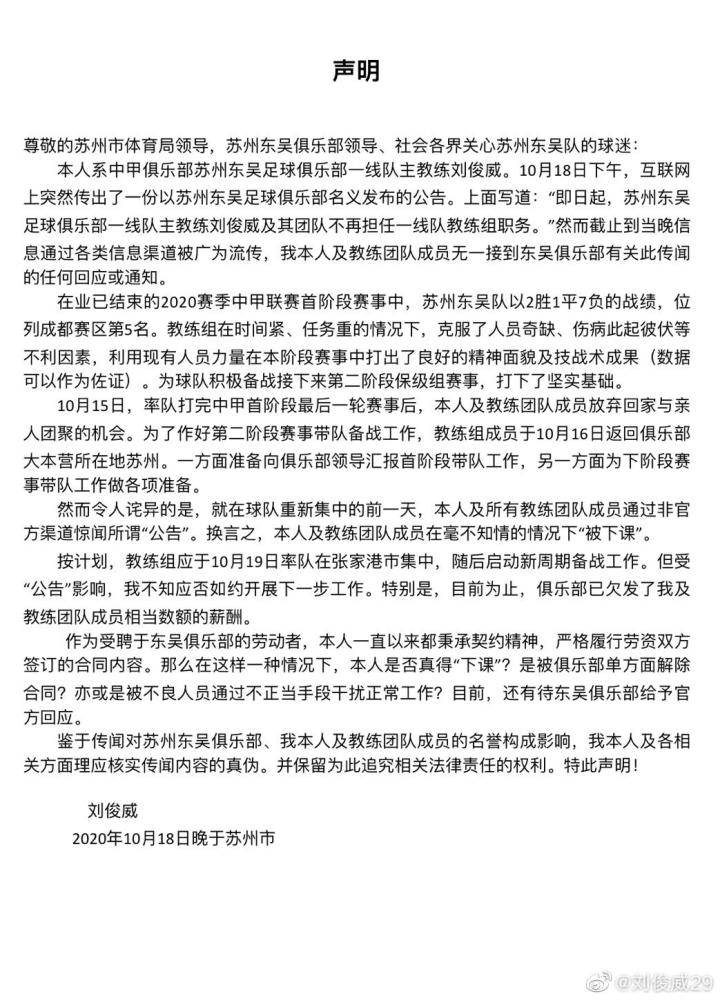